"It needs to be mentioned that Mr Kent has a side to his history as sordid and generally unsavory and sometimes downright hilarious as anyone described in this book." -Iggy Pop in the Foreward

Number Two in the Rock and Roll Book Club is in chronological order of my life, in that I read it the summer after I read Please Kill Me (see this) and once again, my little suburban world came crashing down on me.

I remember going through this book thinking, oh my goodness, people actually lived like this?
There is a reason this is called The Dark Stuff.

Nick Kent's description of Syd Barrett is something I will never forget...

"I met Syd Barret there [Frendz journal headquarters]. Less than 5 years earlier, I'd stood transfixed, watching him in all his retina-scorching, dandified splendor as he'd performed with his group the Pink Floyd, silently praying that one day I might be like him. Now, as he stood before me with his haunted eyes and fractured countenance, I was having second thoughts."


The book is comprised of several essays and interviews Nick Kent wrote throughout the 70's to the  the 90's. Expect to see the dark sides, obviously. The pieces on Iggy Pop, New York Dolls, and particularly Brian Wilson are my favorites. Roky Erickson's interview is pretty sad, but if you know the rest of his life story, it's not so bad cause he's still touring these days so he must be ok. (Check out You're Gonna Miss Me, a documentary on Roky.) 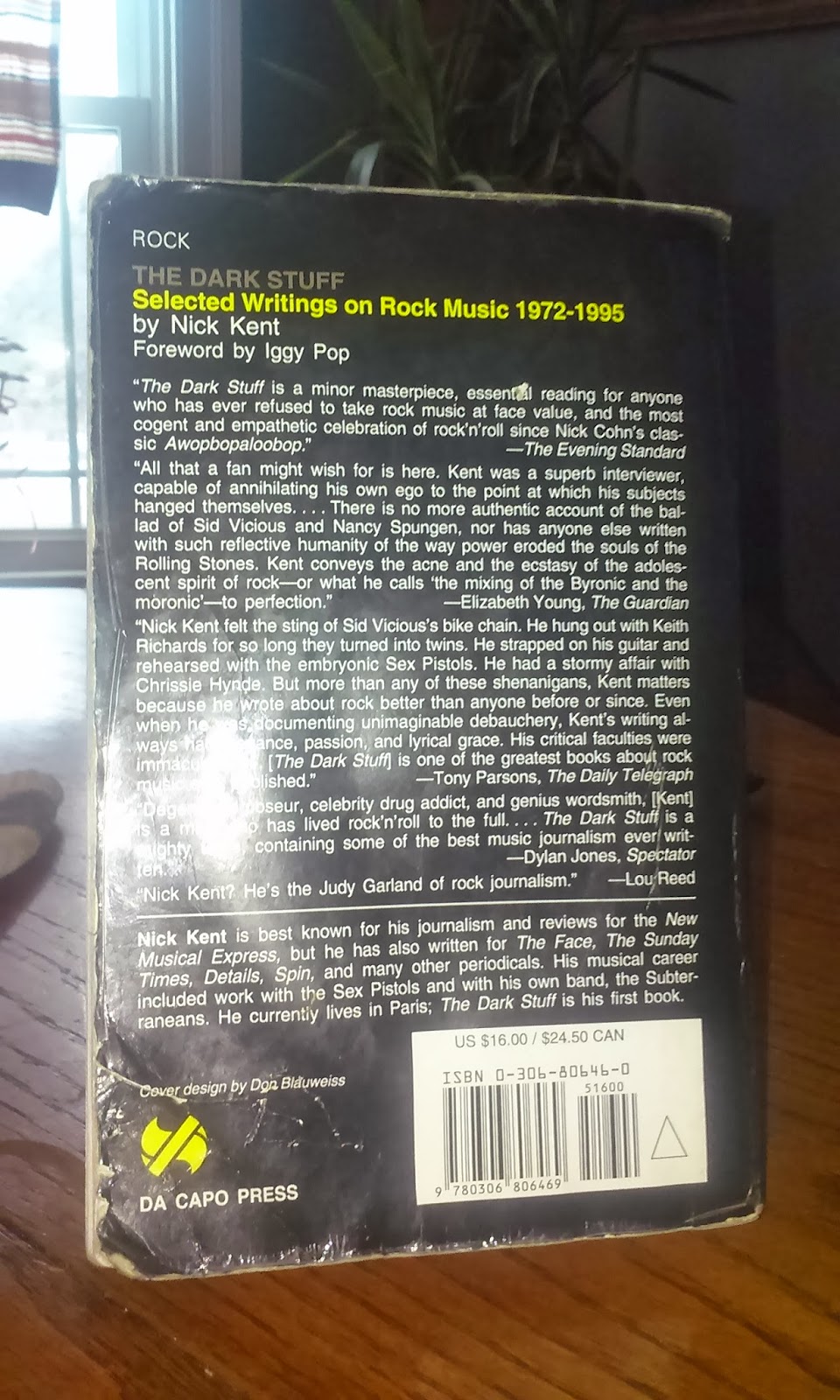 Brian Wilson's is the longest and was certainly the most affective on me personally. I never really cared for the Beach Boys but I respect them and after getting more incite on Brian and his father's relationship and his relationship with his bandmates, I gave Pet Sounds another listen, and from then on have really enjoyed that record. Brian has a certain sensitivity you don't see in a lot of people who are "rock stars" and went through some real bullshit too, not to say he's an angel, but he suffered from mental problems, whether or not they were drug induced, and after all is said and done, you feel for the guy.

Anyway, it's a HIGHLY recommended read.

His memoir Apathy for the Devil  is on my reading list.

Posted by BlytheoftheBall at 2:03 PM No comments: