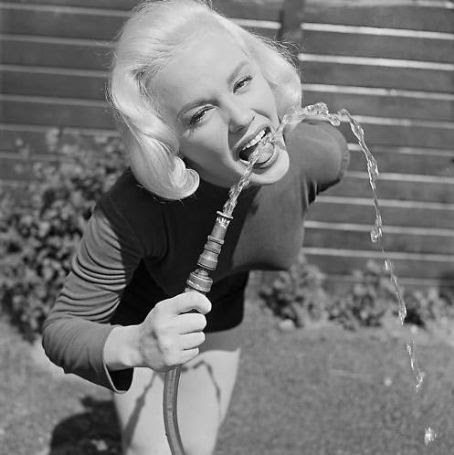 Stream it live on Thursday nights at 10pm EST at ARTxFM

Seriously, this is one of my best yet.
As a listener, you have literally listened to my growing process as I was a newbie to the radio thing. And I feel so much more confident and comfortable, even now just 12 shows in, but I think you can hear it in my voice. Truly a change from episode #2. So THANK YOU! I love you! Keep listening...
Posted by BlytheoftheBall at 9:34 PM No comments:

Hey Louisville...TWO WEDNESDAYS IN A ROW AT ZANZABAR 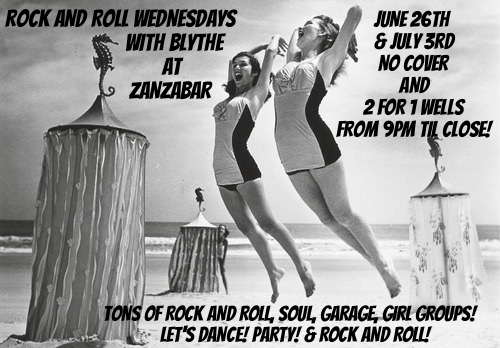 Posted by BlytheoftheBall at 7:36 AM No comments:

I played records at Mods vs. Rockers in Chicago.

If you want bike shots, you'll have to look elsewhere. 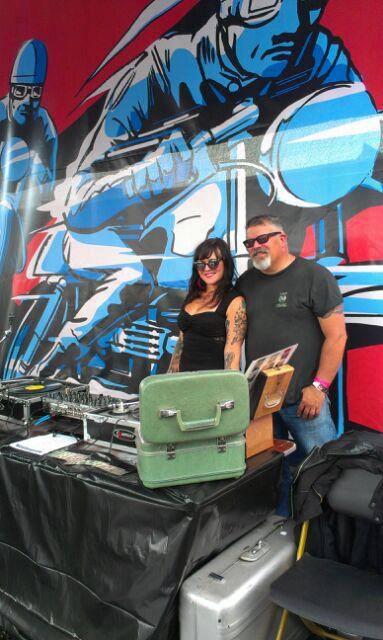 Posted by BlytheoftheBall at 7:27 AM No comments: 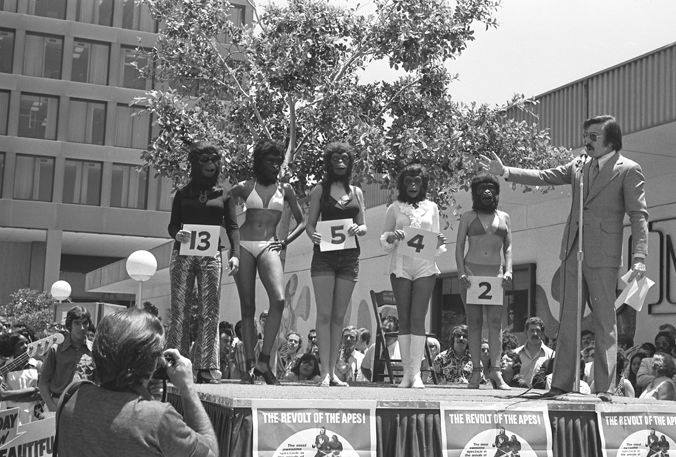 Posted by BlytheoftheBall at 10:31 PM No comments:

The following is the collection of notes I took the days following the night my friends, Sarah and Brett, and myself not only met but hung out with legendary resident PUNK, Legs McNeil.
I have been wanting to document these notes for a while.
They contain actual quotes (or pretty damn close) as I ran over and over in my head everything he said that night for hours and as soon as I got my hands on my notebook, I just started writing and couldn't stop.
I call it "The Legs McNeil Stories" or "The Night I Met Legs McNeil."
(Catch the entire interview on ROCK SEXY very soon, stay tuned for air date.) 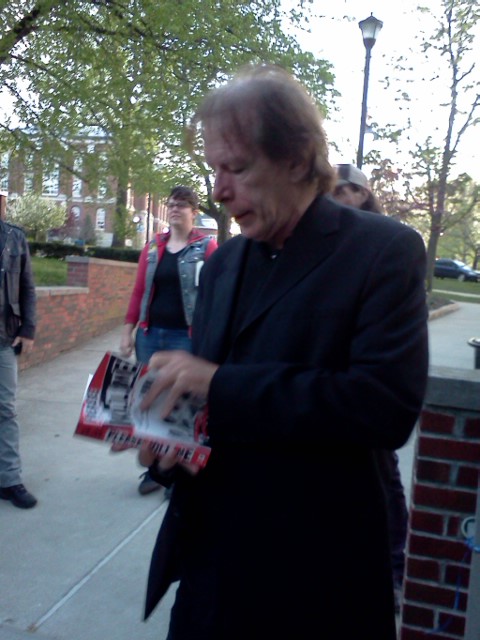 "I'm not sure, I think it might be over by now." It was almost one in the morning at that point. Legs McNeil had just asked me if the Tuesday night S.V.U. marathon was still on. Oh my god, I just wanted to leave this bar and go to his hotel room and watch Law and Order all night long.

Oh, and then when I told him the name of my show (Rock Sexy) he said "Blythe, you slut!" 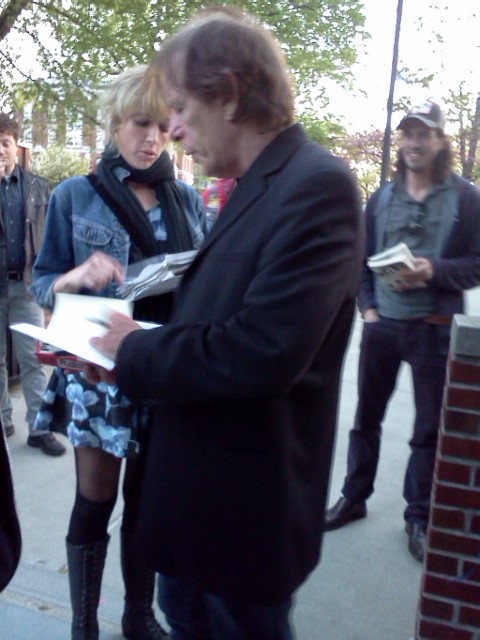 "I think we won, when you hear the Ramones in a car commercial, I think rock and roll won."

Rock and roll won.
This coming from someone who was deeply involved in a lot of it. And then went on years later to document it in the form of Please Kill Me, along with Gillian McCain, so people like me who were not alive yet could get a little bit of an idea of what went on.
And he believes rock and roll won. You heard it, Legs said rock and roll won. And he was fucking there for a lot of it so if he says it won, or that we won, then dammit we won. 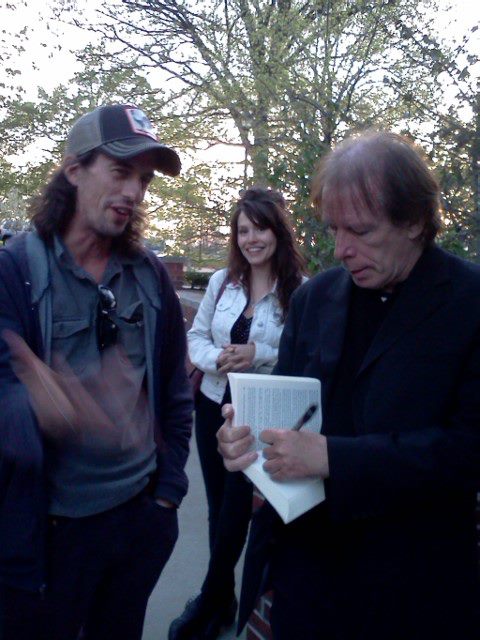 My friends were attempting to conduct an actual interview (and they totally succeeded) and at some point, he started talking about Joey Ramone's mother and how at age 80 she looked 45. He also talked about an older woman he had an affair with around the time PUNK Magazine was just starting up, she was going through the divorce and wanted to help him out with his career, and so she gave him money. Then he added, "I think I slept with her daughter, too."

"I fucked everyone."
He talked a lot about how the people he fucked, he talked about them with kindness. In fact, spoke highly of all of the women his life.

He clearly values them. Even his mother, whom he said was a sociopath and hated her kids, was still a great lady. "She was great when we were young. And everyone likes my mother, except her kids."
He spoke of Gillian McCain repeatedly, noting her incredible beauty and exceptional writing and editing skills. He said he would never publish anything without running it through her brain. 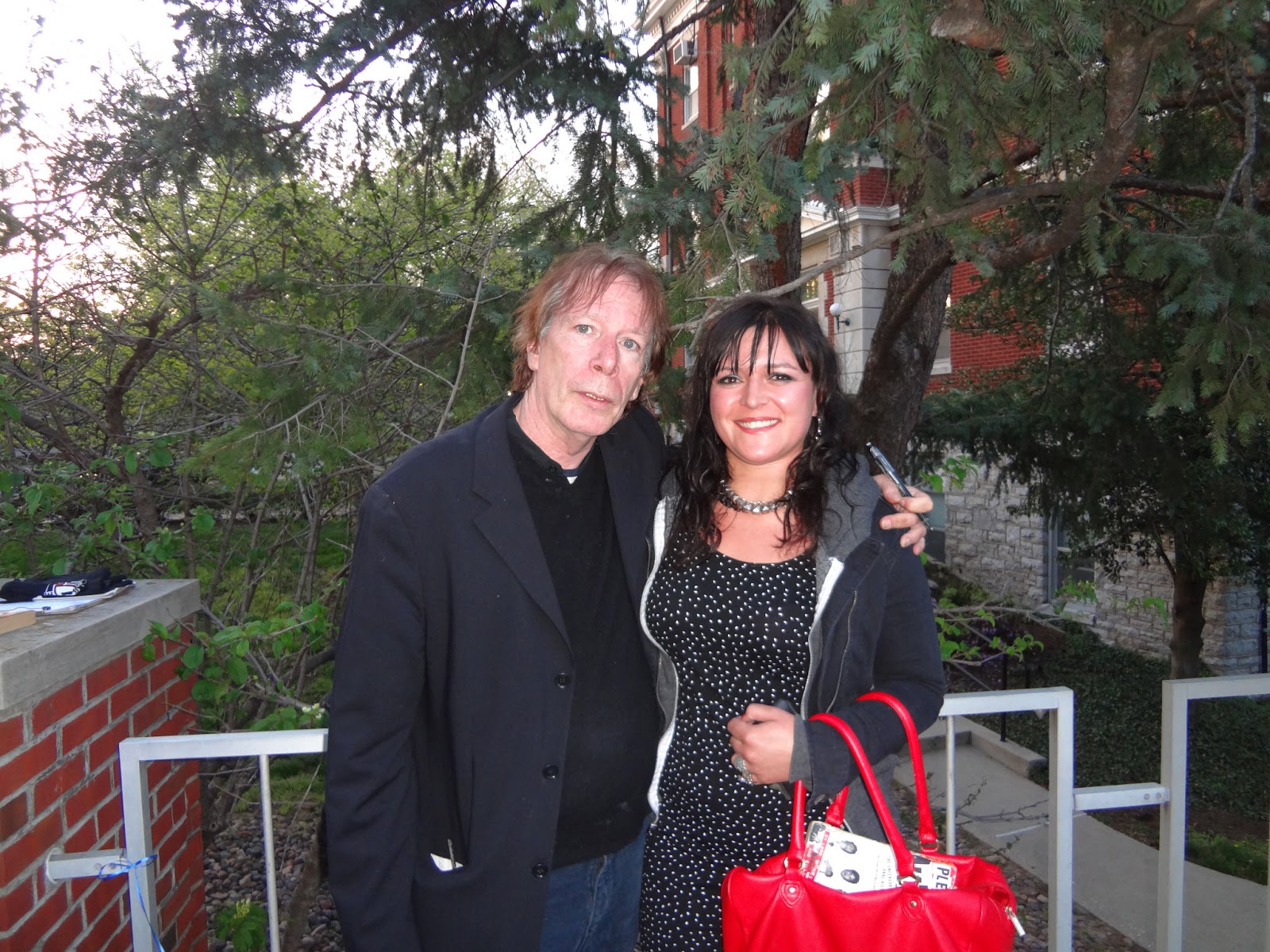 Talk about a real dude, I mean, when he stood at the podium at UK, the first thing he said was on the way his bridge fell out and he had to find an emergency dentist and if anything happened and it fell during his talk he would have to glue it back before he could talk again. REAL DUDE. He was raunchy, funny, down to earth, a rambler, and definitely a little ridiculous, in the best way.
He said he was doing this small tour to get out of the house after he had spent the last year or longer writing Live Through This.  At the time, he did not know the release date of the book. At this time over two months later, I still have not seen anything about it. 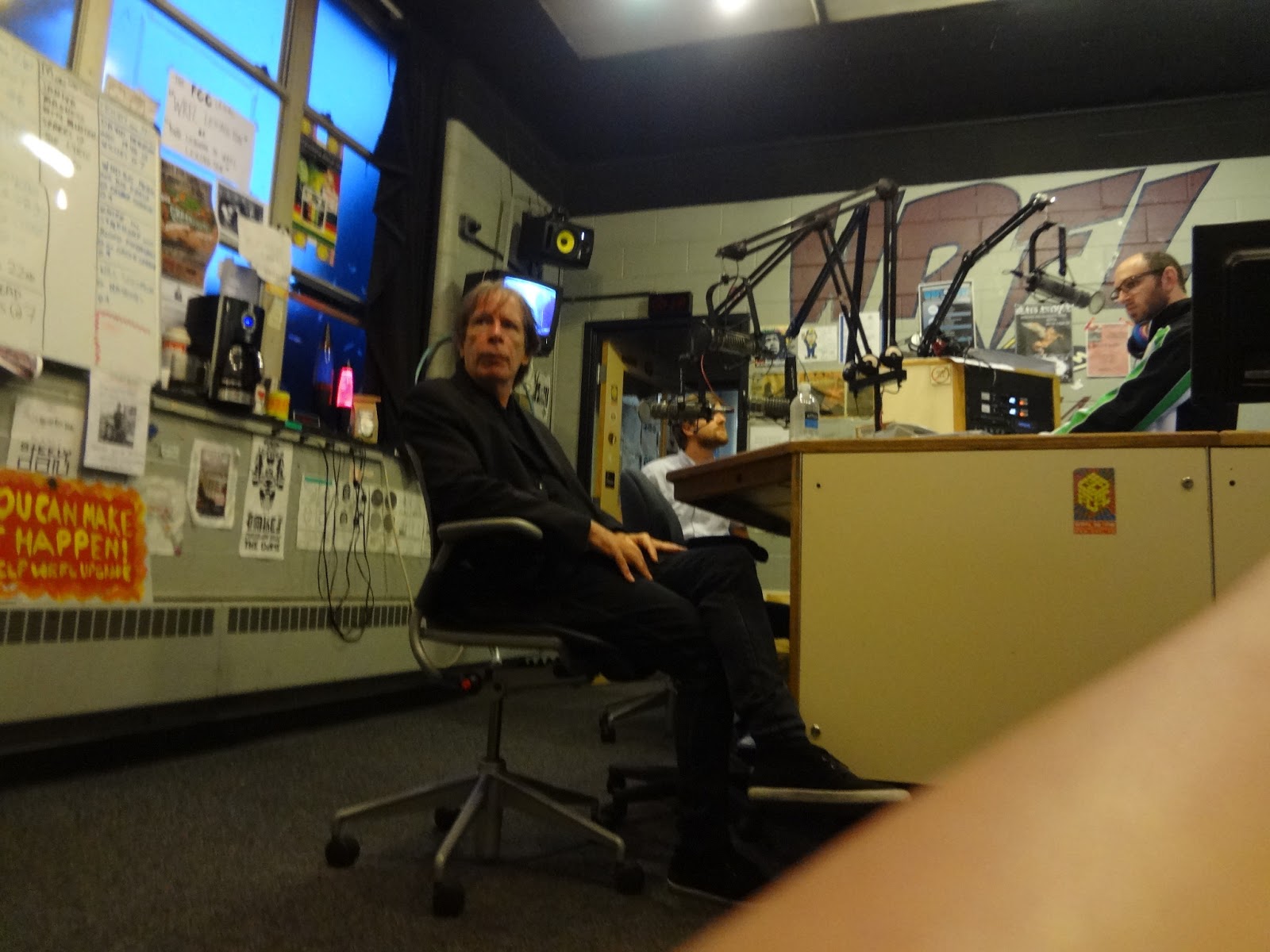 I wanted to know more about the small town in Pennsylvania he lives in. About his 32 year old girlfriend with long black hair and tattoos. If I saw him now, I would ask him if he saw this season's finale of S.V.U.

I had no good story to tell him. At one point, he asked me who I was, what my deal was...I got cut off so I didn't have to tell him any lame story of my mundane life. Sure, I have fun, but not as fun as you people that were in your twenties in the 70's. Nope, just not even close. I think I did get out how my only other experience at Al's Bar was making out with a band dude so long that my lips were numb the entire hour long ride home. 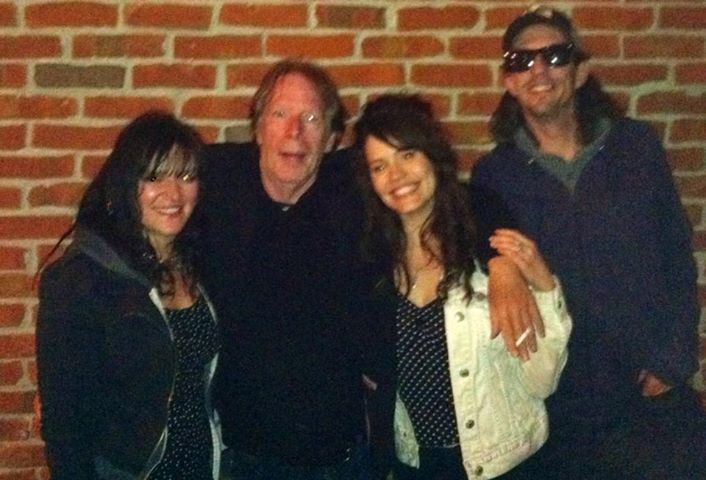 "I don't get on planes because I was on one that was shot down in El Salvador."
That's all he said about that.

"I really should have went to trauma counseling long before that happened," referring to the death of his girlfriend in 2001, which is the subject of his newest book. She was someone he had met on a Please Kill Me book tour in Portland, I think, I could be remembering it wrong. What I do remember is she said she was clean, and long story short, an intense love affair, she died from a complication of surgery she had due to her drug addiction. He said after everything happened, he looked back and realized all the times she was probably getting high. As you are reading the book, he said the reader will be able to tell as he could have when it was going on. I hate to summarize it. Keep on the lookout for his forthcoming book, Live Through This.

So, to say it was a night I "met" Legs McNeil is to diminish it's coolness. It was in fact a night I not only met Legs McNeil but hung out with him all night and got to hear his own stories in his own words from his own mouth. To say it was meeting a hero would be a lie. He is not my hero, he is super cool but there are many aspects to his life that were undesirable. Much of what he said were not great experiences. But he did live through it and he is here to tell his stories. 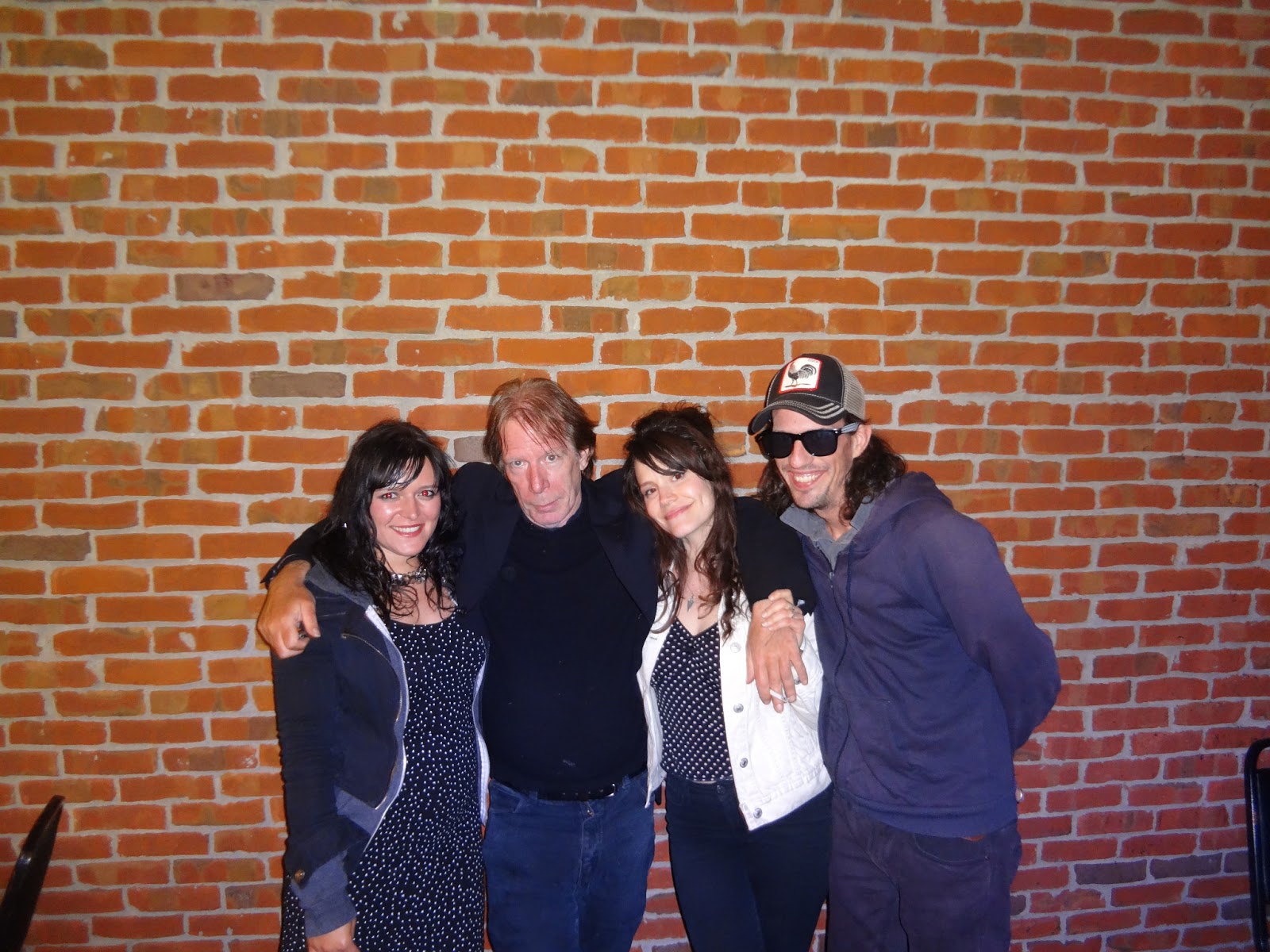 Be on the lookout for the entire interview, to be aired on ROCK SEXY very soon!

UPDATE:
Here is the interview!!
LEGS MCNEIL interview with Sarah and Brett

Posted by BlytheoftheBall at 6:51 PM No comments: 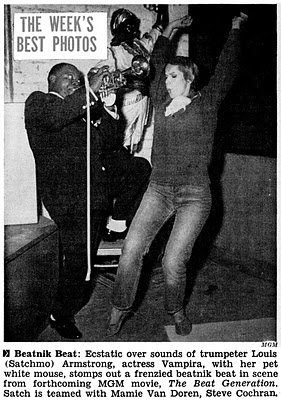 Supercharger - Get Out of My House
You Got Good Taste - The Cramps
It's About Time - The Pandoras
Sunday Morning - The Velvet Underground
Night of the Phantom
See If I Care
Surfside Date
Drugs - The Black Lips
S.O.S. - The Breeders

Posted by BlytheoftheBall at 1:53 PM No comments: 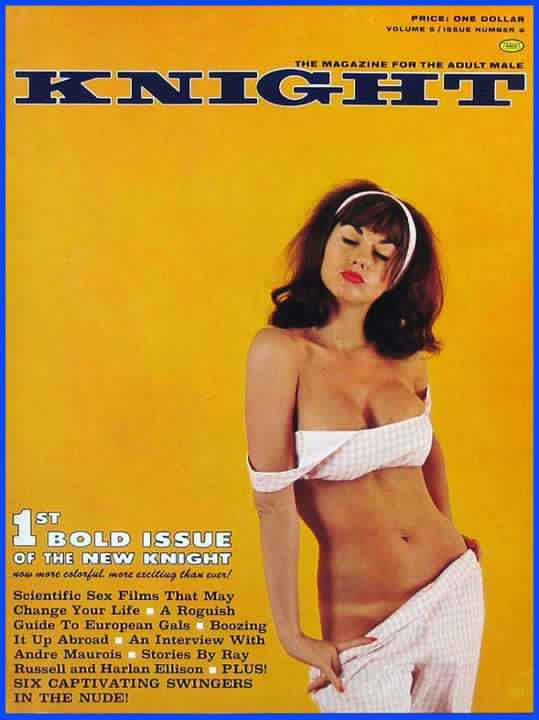 Posted by BlytheoftheBall at 3:13 PM No comments: 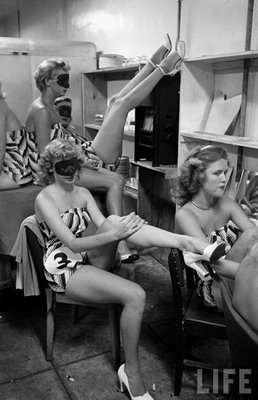 Diddy Wah Diddy - Sonics Inc.
Maintaining My Cool - The Sonics
Barracuda - The Standells
Love Came Tumblin' Down - The Monks
Somebody's Gonna Get Their Head Kicked in Tonight - Earl Vince and the Valiants

Solider of Love - Arthur Alexander
Everday I Have to Cry Some - Bon Scott
Get Down - Harvey Scales
Dance! - The Coasters
Naughty Rooster - The Knight Beats
Shake it Some More - Jay Jays
Guilty Child - DMZ

Posted by BlytheoftheBall at 6:58 PM No comments:

I found a few more photos of me and my friends posing with rockers... 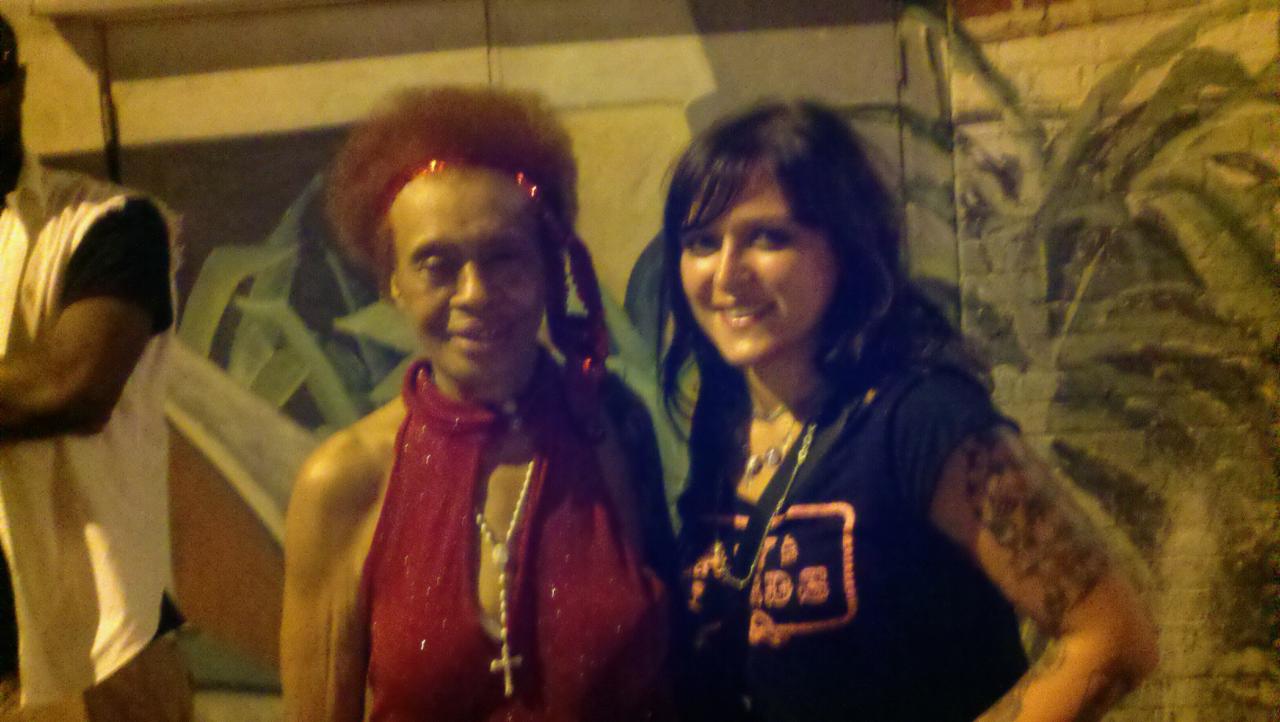 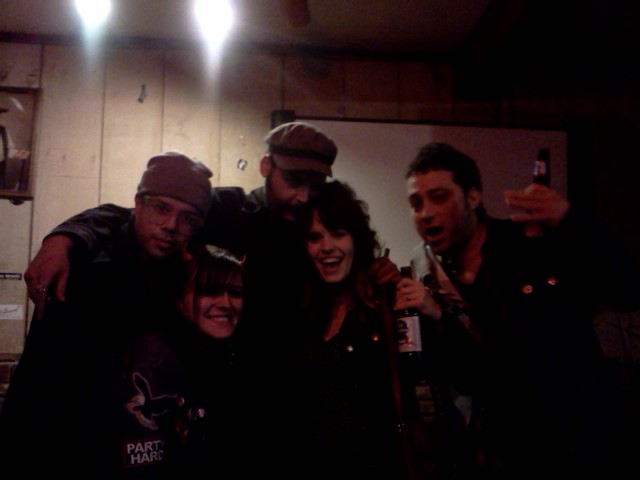 Posted by BlytheoftheBall at 11:19 AM No comments: