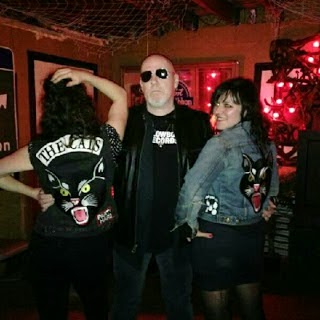 CLICK HERE TO LISTEN TO ROCK SEXY #28 RIGHT FREAKING NOW!
Posted by BlytheoftheBall at 11:56 AM No comments:

End of the Year Calendar


I love the holidays! I hate the commercialism, but I love seeing people all around, doing things, everything is livelier and busier during the holidays.And people come in town! There is s different kind of excitement to the nights! Plus, there are even more shows going on and that's my favorite part.
Also, I am DJing a few times. Check it out. 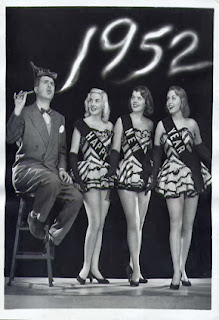 Posted by BlytheoftheBall at 10:18 AM No comments:

(All photos were taken with the shitty camera on my phone)

The Coathangers (below) played right before Guitar Wolf. These girls kicked ass. They were on this tour with GW, which took them across the midwest, New Orleans, east coast I think, and to Tennessee three different times! They opened and closed the tour in Memphis. This was their last night of the tour.

Coward and River City Tanlines opened the show. All 4 bands were killer! 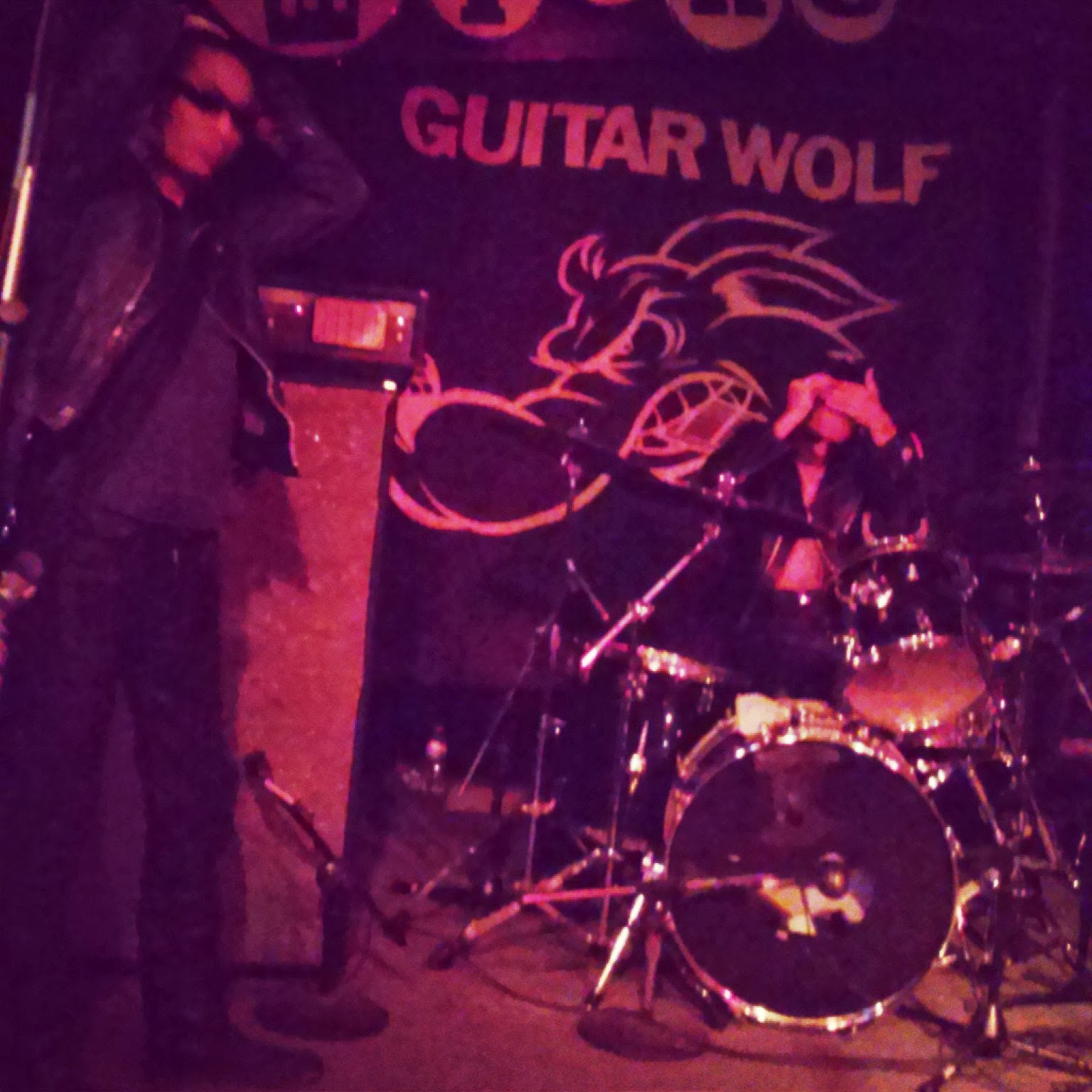 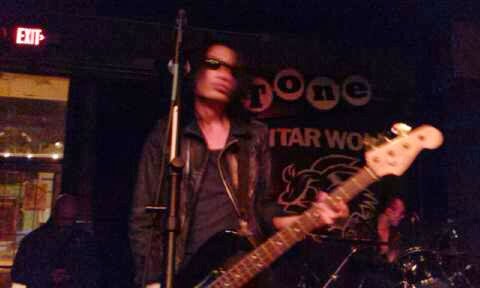 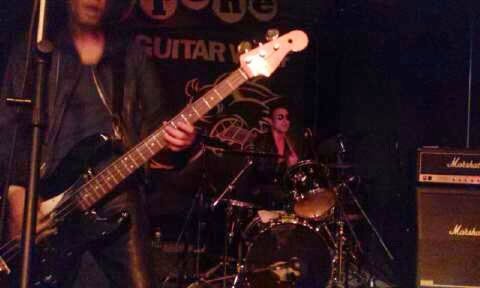 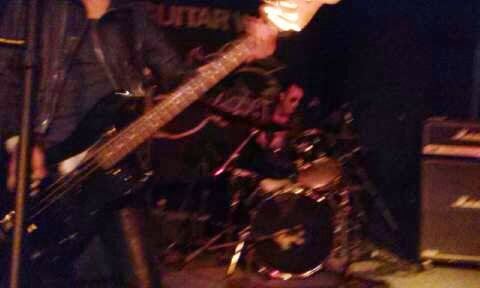 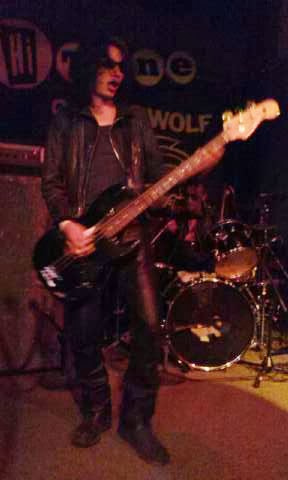 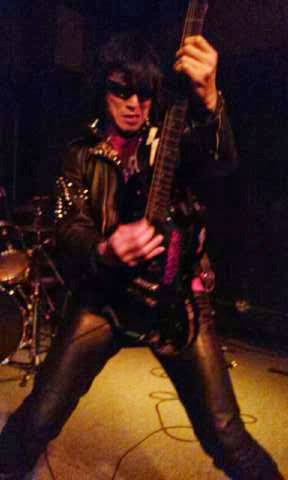 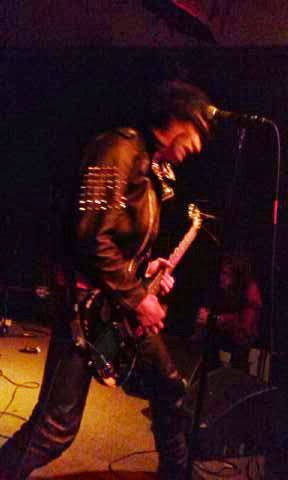 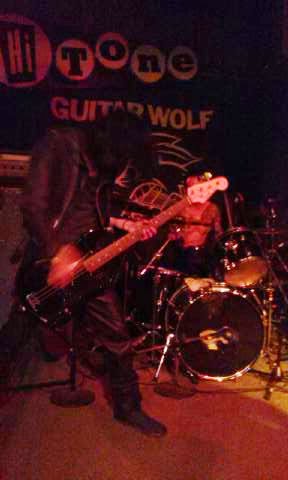 Yes, lady, you DO have a ROCK AND ROLL soul!

And in case you never saw it, here is Wild Zero, the best movie ever...

Posted by BlytheoftheBall at 8:36 AM No comments: 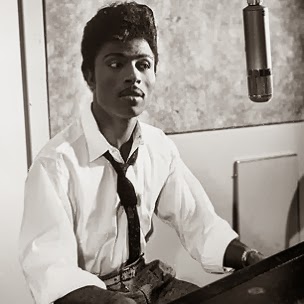 The fame came all right, like burning lava, and today, Little Richard seems a happy prisoner of it, resting on the laurels, fretting and planning, unable to go out--even for a walk. "I'm afraid to. I might meet somebody who will try to take me away. My chauffeur picks me up in the limo and we pass the girls and they start screaming. I'm talkin' fourteen or fifteen years old. They scream, 'Aaaaaghh! Aaaaaghh!' and I say, 'Oh, thank you, Lord.' It's such a good feelin', It's a blessing sometimes and a lesson. It makes you feel good that you're a living legend and not a dead one. People expect so much from you, you got to live so much down. The burden of all this falls on you. It's hard to have a friend when your name's a household word." 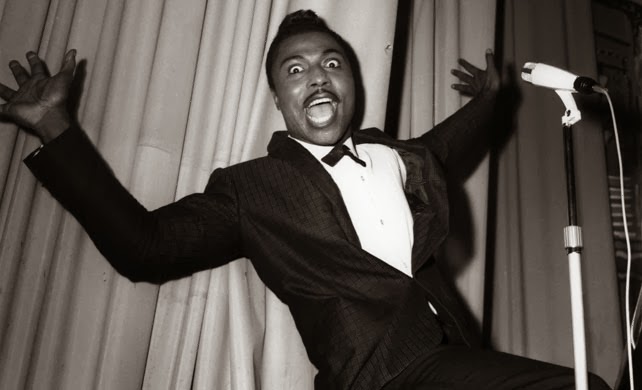 Posted by BlytheoftheBall at 7:50 AM No comments: 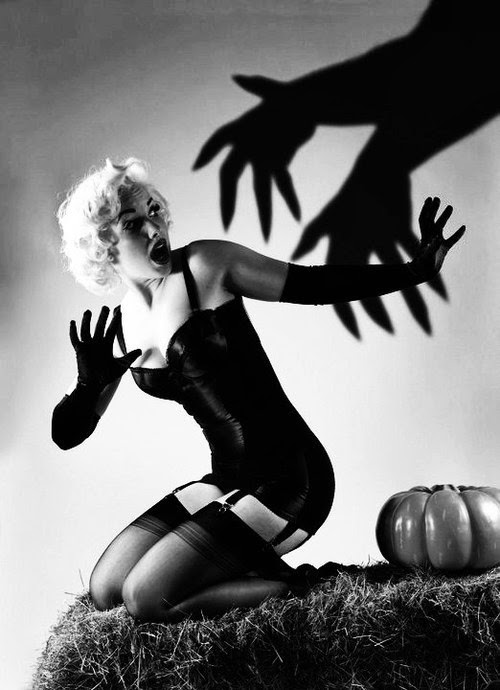 The Grave - Tony Casanova
Wolf Gal - Skipper Ryle
The Poets Dead
Aloha From Hell - The Cramps
The Munsters Theme
The Haunted - The Madmen
Posted by BlytheoftheBall at 8:45 PM No comments: 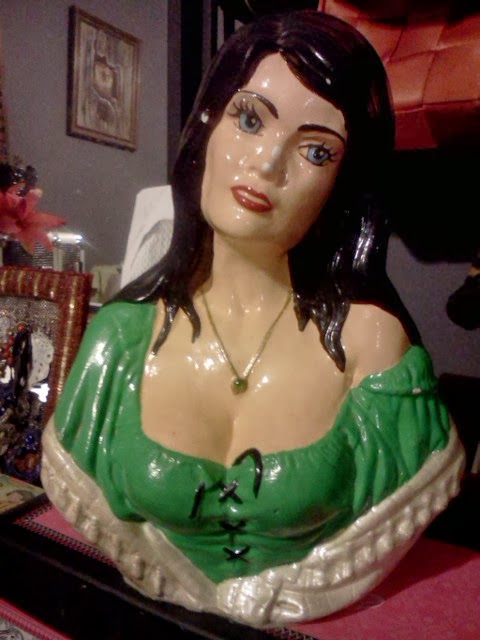 Hot Lips Baby - Herbie Duncan
Chicken Shake - Hasil Adkins
I Wanna Be Your Man - The Youngsters
Barracude - The Standells
Dumb Head - The Sharades
Posted by BlytheoftheBall at 8:27 PM No comments:

The first weekend of October 2013 took me back to New Orleans for the 11th Ponderosa Stomp.
I have said many times that without the Stomp (and Norton Records) I wouldn't be the person I am today. Without the exposure the organizers of this festival gives these "unsung heroes of rock and roll" it would have taken me a lot longer to learn about these architects of music that spans genres, audiences and years.

I first went to the Ponderosa Stomp in 2007 and haven't missed one since. Roky Erikson, Ronnie Spector, Mary Weiss, Wanda Jackson, ? and the Mysterians, Scotty Moore, Swamp Dogg, Lazy Lester, Maggie Lewis, Barbara Lynn, Guitar Lightening Lee, and this year The Sonics, Chris Montez, Charles Brimmer, Chris Clark and The Standells, and numerous other r&b, rockabilly, swamp pop, rock and roll and soul artists have graced the stages of the Stomp. Countless other players backing up these performers making for nights of spectacular music and elbow rubbing with these unsung heroes of rock and roll.  This is truly a festival put on by people that absolutely LOVE music for people that absolutely LOVE music. It is my favorite event of the year and I am always looking forward to next years.

So I took some pictures, met some people, got some voice drops for ARTxFM and ROCK SEXY, bought some crazy good records, listened to The Sonics tell stories, and rocked out in NOLA for a few days. 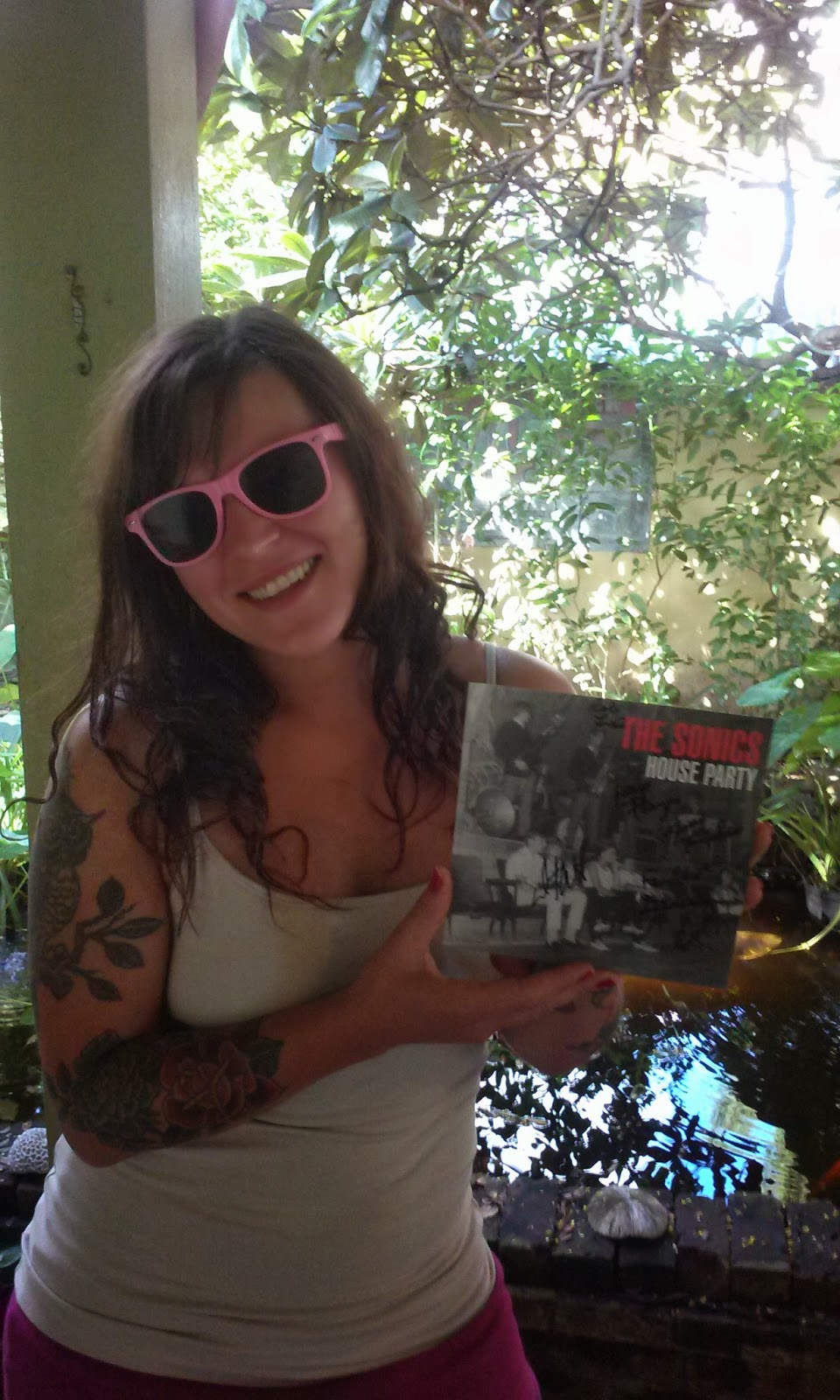 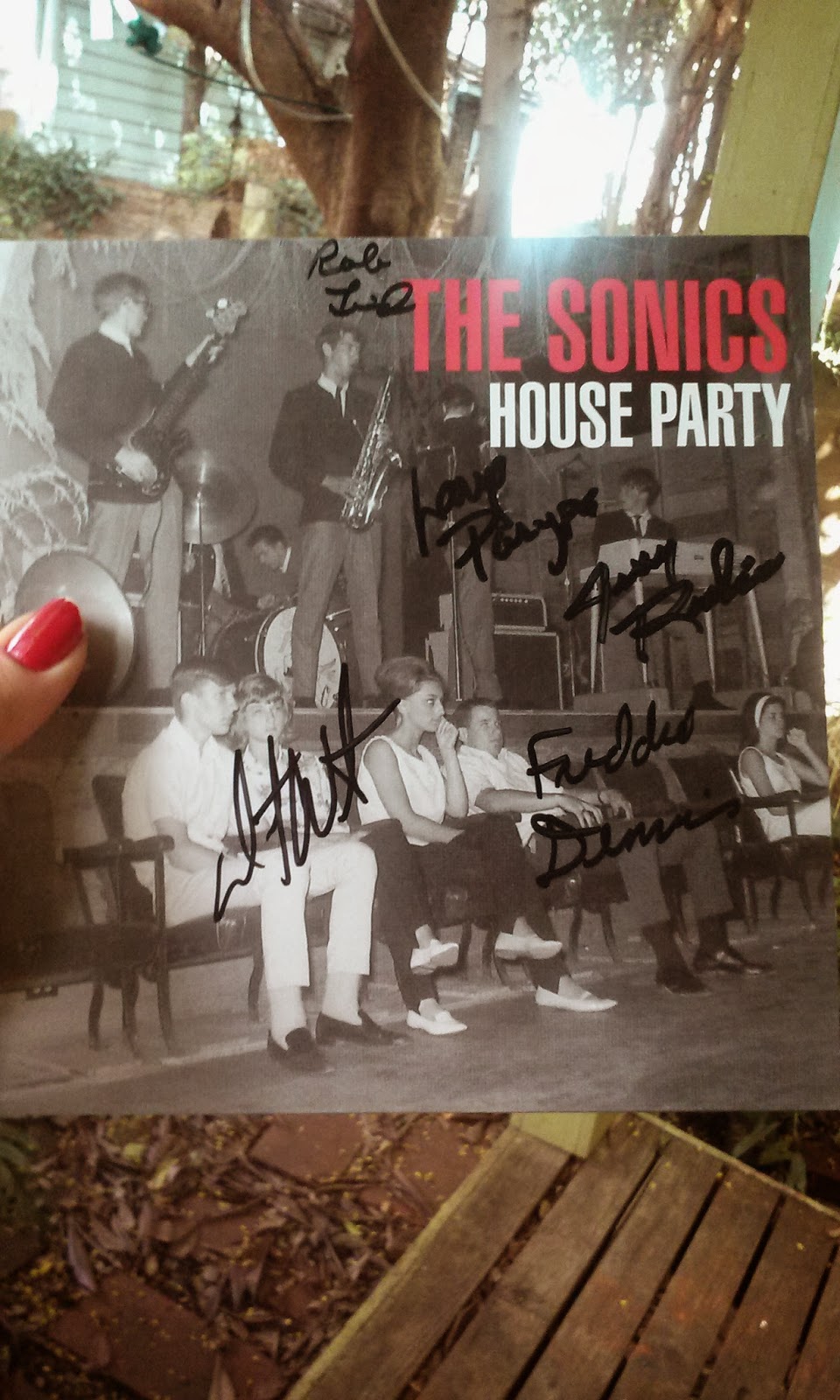 Tom Kenny of Mr. Show, Adventuretime, Spongebob Squarepants, and a bunch of other stuff, is a music lover. I spotted him the first time at the Stomp in 2009 and got my picture with him. This time we hung out and talked to him for a while, about music and television, as he is a super friendly, and he did these station IDs for my show as a couple of his current characters.


Until next time...I hope you enjoyed the photos. Obviously I didn't get pictures of all the great singers and performers and believe me there was so much more to see, I always wish it lasted longer.
I should also mention that the Ponderosa Stomp Foundation is a non-profit organization dedicated to getting the unsung heroes of rock and roll back to the stage. I encourage you to check out their website for more information by clicking this link : Ponderosa Stomp Foundation

As always, thanks for the support!

Posted by BlytheoftheBall at 10:55 AM No comments: